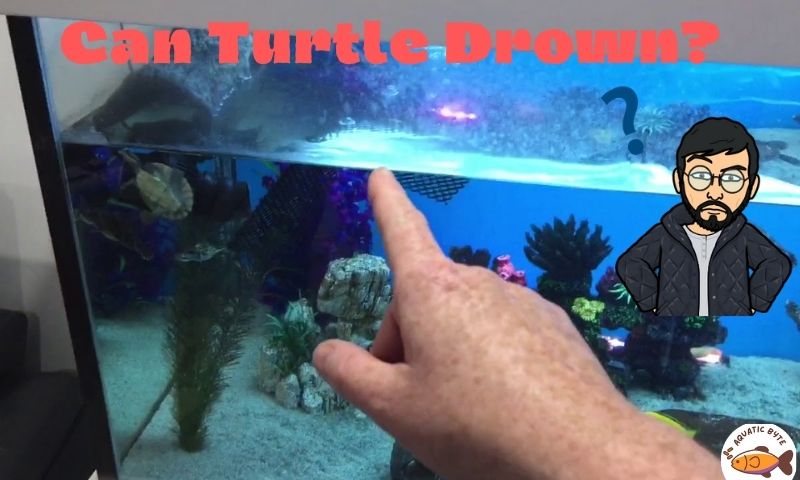 There are many misconceptions about turtles and drowning. For example, many people believe that turtles don’t drown.

Yes, turtles can drown, but they are highly resilient and have evolved to hold their breath for a long time. Turtles can remain underwater for several hours, especially if the water is cold – this helps them save oxygen.

Turtles also like to sleep underwater to avoid predators and take advantage of the cooler water temperature. Their bodies are adapted for this too, as they get all of their oxygen from absorbing it through their skin, and by staying in the water, they won’t need to breathe as much.

Turtle’s lungs are very similar to our lungs. They have alveoli that allow them to breathe air through their mouth or nose and then into their lungs, where carbon dioxide is expelled by an exhale. This is the same way humans live with one significant difference – turtles can stay underwater longer than humans because they are adapted specifically for this purpose in nature!

How do Turtles drown?

Whatever you think you know is wrong – Turtles can never live underwater forever. Don’t make the common mistake of treating them like fish.

First, turtles don’t have gills and secondly, they are reptiles who need air in their lungs to breathe.

Still, turtles hold the power to stay underwater for a really long time up until the time, they need to come up for some fresh air.

When turtles are in deep sleep, they can hold their breath for as long as 7 hours.

Not only this, they have the ability to stay hibernate for months. However, after staying underwater for months, they need to breathe some air into their lungs. And for that purpose alone, they must come up to the surface.

In this process of reaching the surface, a turtle gets stuck underwater. Therefore results in unfortunate drowning.

The most common cause of drowning in turtles is being stuck where they cannot surface for air.

A turtle can become trapped in many ways, including:

Things to keep in mind when rescuing a drowning turtle

When you come across a turtle that is visibly struggling and appears to be drowning, there are a few things you should keep in mind before rescuing it.

First, check to see if the turtle is drowning. Sometimes turtles will rest with their heads out of the water, so they may not be in danger. If you are unsure, try to get the turtle’s attention by tapping on the shell or gently blowing on its face. If the turtle responds, it is probably okay and doesn’t need your help.

If the turtle is struggling and not responding to your attempts to get its attention, use a long stick or pole to carefully lift it out of the water and onto dry land. Be very careful not to touch the turtle’s shell or head, as they can quickly become infected if wet.

Can Pet Turtles Get Obese? How to Prevent It?

What to do If Your Turtle isn’t breathing?

If the turtle is out of the water and not breathing, do the following: