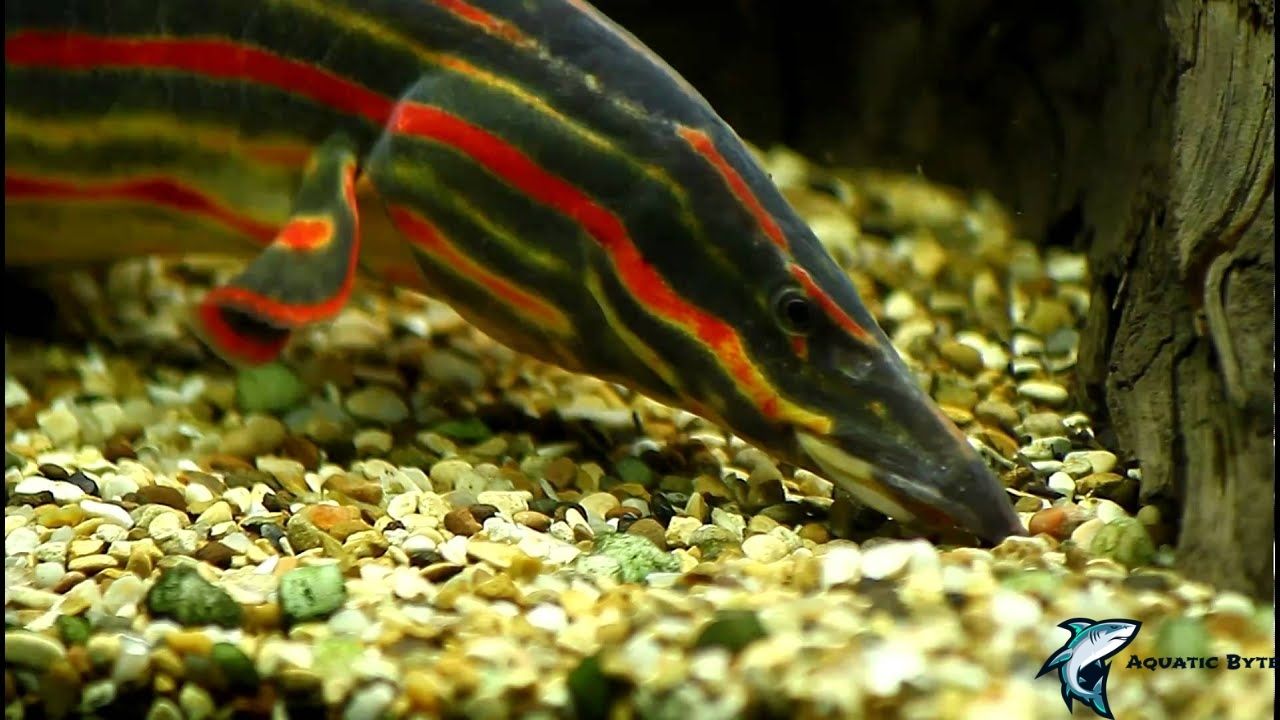 Fish that look like snakes are rare and fascinating for the eyes. Some are even considered dangerous, but they are pretty harmless to humans.

Just because of their appearance, people tend to kill or repel them. But when it comes to hobbyists like me, these fish have a special place in their eyes.

I’m sure some will amaze you with their beauty and others with their peculiar appearance, but they all deserve your attention and admiration.

Snake eels are fish native to tropical and temperate waters around the world. Also known as garden eels, they belong to the family Ophichthidae. These slender fish can grow more than seven feet long, with an elongated body and no fins.

The name “snake eel” comes from their serpentine appearance and ability to move forward and backward like a snake. In addition, they have scales on their skin, which helps them camouflage themselves in both sand and mud.

Snake eels have elongated bodies with a rounder shape than most eels. Their mouths are positioned on the underside of their heads, where they also sense prey. They do not have any jaws or teeth, but they do have small bone plates that they use to crush the shells of crustaceans. Snake eels are carnivores, meaning they eat other fish and creatures instead of plants.

Snake eels have a limited ability to see and hear due to their lack of eyes or ears. However, they have a highly developed sense of smell that lets them find prey buried under the sand or mud in which they live. This characteristic gives rise to another common name for snake eels: sandfish.

Fire eels are a significant and widespread species of spiny eel native to freshwater habitats in Southeast Asia. They are also known as Zebra eels, as they are brightly striped and look like snakes with their elongated bodies.

Fire eels are not true eels but instead belong to the Mastacembelidae family. They have distinctive pointed snouts and underslung mouths.

Being omnivores, they feed on small fish, worms, insect larvae, crustaceans, plant matter, and detritus. They are popular aquarium fish because of their attractive appearance and calm temperament.

This specific species of fire eel is also known as the Oriental Zebra Eel due to its bright yellow coloration with black stripes. These fish can grow up to six feet long (1.8 m), so make sure you have plenty of space for them! Fire eels do best in the water, around 72°F (22°C). These fish live in rice paddies that have slow-moving streams or ponds for feeding in the wild.

The Zebra Moray is nocturnal and tends to hide in holes and cracks during the day, emerging at night to hunt. It is a carnivore that feeds on crustaceans, mollusks, and sea urchins.

Their bodies are covered with a pattern of dark brown and black stripes, which resemble a zebra’s coat. The dorsal fin starts behind the pectoral fins and extends to the caudal peduncle.

This species is uncommon in the aquarium trade, although they are popular in public aquaria because of their friendly nature.

Like other moray eels, they have specialized teeth that interlock when the jaws are closed. These teeth allow for crushing rather than chewing, which helps them to consume prey items as large as 30% of their body weight.

The Zebra Moray belongs to the Muraenidae family. They are benthic fish found in the Indo-Pacific area of western Brazil and eastern Africa.

Hagfish or eel-like creatures are popular in science fiction and horror movies. These vicious-looking sea monsters are often seen in various shows like “Doctor Who,” “Star Trek,” and “Narcos.” However, in reality, these fish do not threaten humans.

Honestly, they resemble snakes rather than eels. Hagfish are long, pinkish creatures that are scaleless and reside in shallow waters. They feed on decaying animals on the seafloor in their natural environment.

Hagfish mostly come in various lengths, the typical size of around 50 cm or 19.7 inches. However, Eptatretus Goliath’s largest known species is 127 cm (4 feet 2 inches). Some others are as tiny as 4 cm or 1.6 inches in length.

They belong to the Myxinidae family and have 60 different species inhabiting the cold ocean waters in the Southern and Northern Hemispheres.

They produce a sticky slime that acts like a mucous oozed from glands along their sides when they are distressed or agitated.

Lungfish are an ancient group of fish, having evolved over 400 million years ago during the Devonian period. They are considered living fossils.

The six species of lungfish that exist today are found in Africa, Australia, and South America. They appear similar to the first lungfish from 400 million years ago. Lungfish have been considered a valuable food source for indigenous people in Australia and Africa for thousands of years.

Lungfish have primitive lung that allows them to breathe air using their gills. This is how these fish can survive in waters that contain low amounts of oxygen. Their lungs also will enable them to manipulate their buoyancy and help them move around when water levels drop or rise.