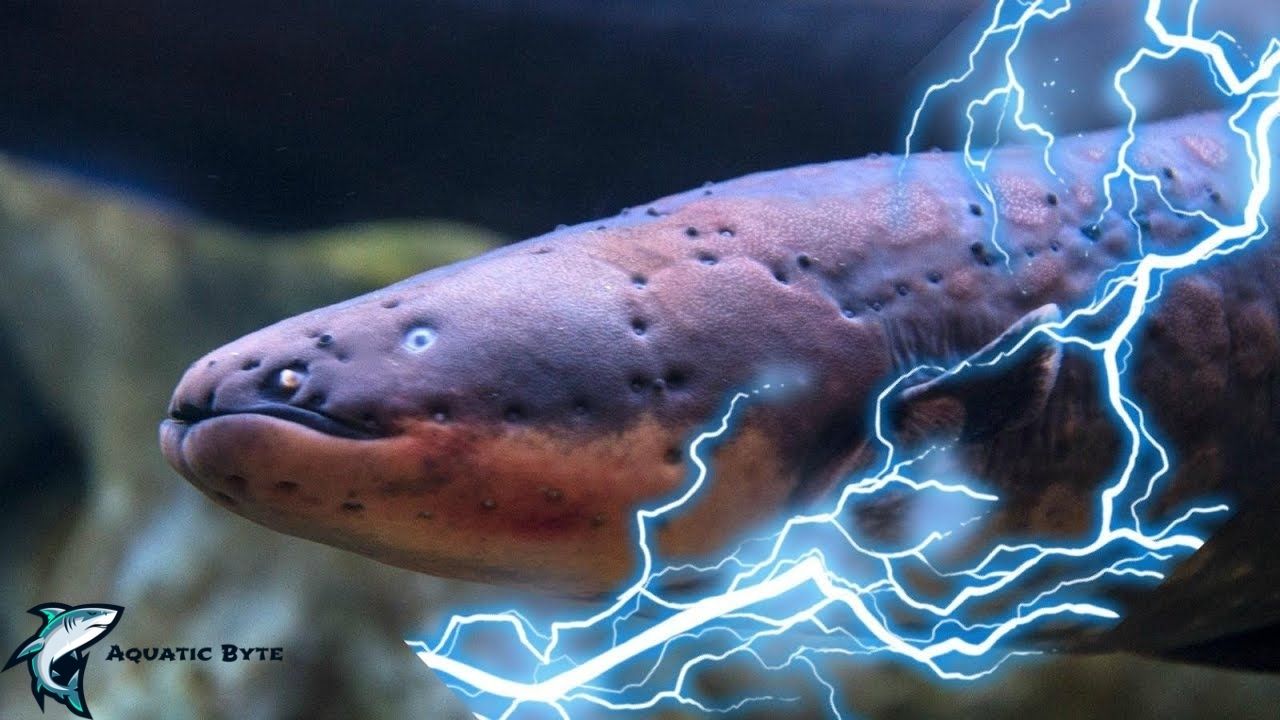 There are more than 2,000 types of fish in this world. Some look very similar to an eel, but they aren’t true eels.

I believe that’s why it gets pretty confusing to find the difference between the two.

So, next in this post, I’ve compiled a list of fish that look similar to eels. Let’s get started:

The Bichir is known as a bichir or Polypterus senegalus/ Polypterus palmas in the science world. The Bichir belongs to the family of Polypteridae and Perciformes order.

It is also known as freshwater fish, long body fish, and Senegal bichir. It has dark greenish-brown skin color with white spots on its body. Bichir has a long body shape and snake-like movements, and it is often mistaken for an eel because of its appearance. The average length of this freshwater fish is 30 cm / 12 inches, but they can grow up to 1 meter / 3 feet long. 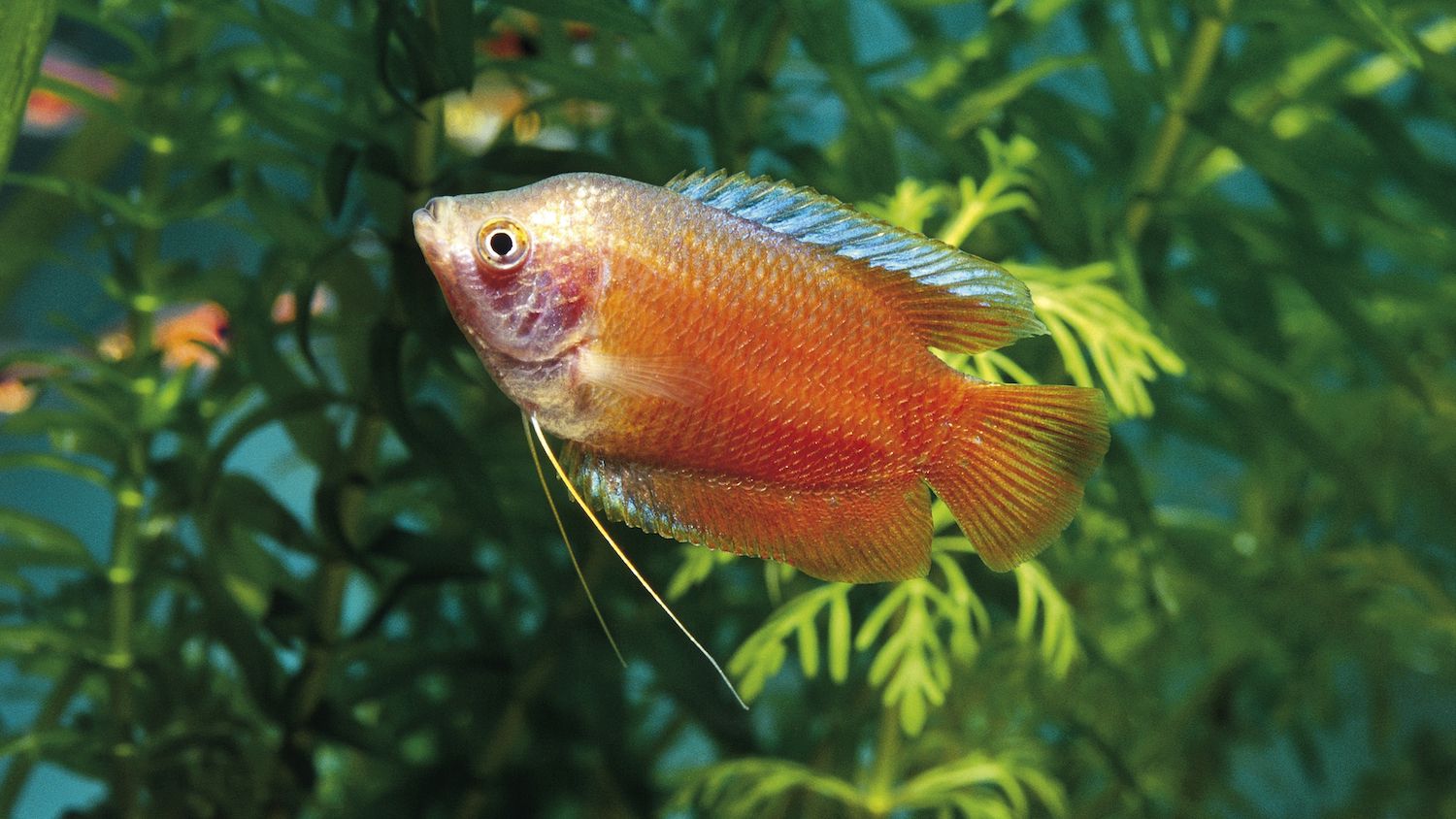 Like the Eels, Reedfish are also very long compared to the former; they are much smaller. They are found in Africa and are prevalent in aquariums worldwide. They can grow up to a length of about three feet.

The most distinctive feature of Reedfish is that they have a long dorsal fin that resembles the spine of a rattlesnake. They are also called Snakefish because of this spine. They feed on small fishes, mollusks, and crustaceans in their natural habitat.

Reedfish can be easily distinguished from Eels due to fan-like pectoral fins on their body.

Moreover, they have lungs, too, giving them an advantage over Eels while they breathe in their watery environment. One more difference between these two fish is that Eels have more teeth when compared to Reedfish.

Pangio Kuhlii belongs to the family of Cobitidae. These fish are native to Asia (mainly Southeast Asia). They are also known as Leopard Loach, Coolie Loach, and Cinnamon Loach. 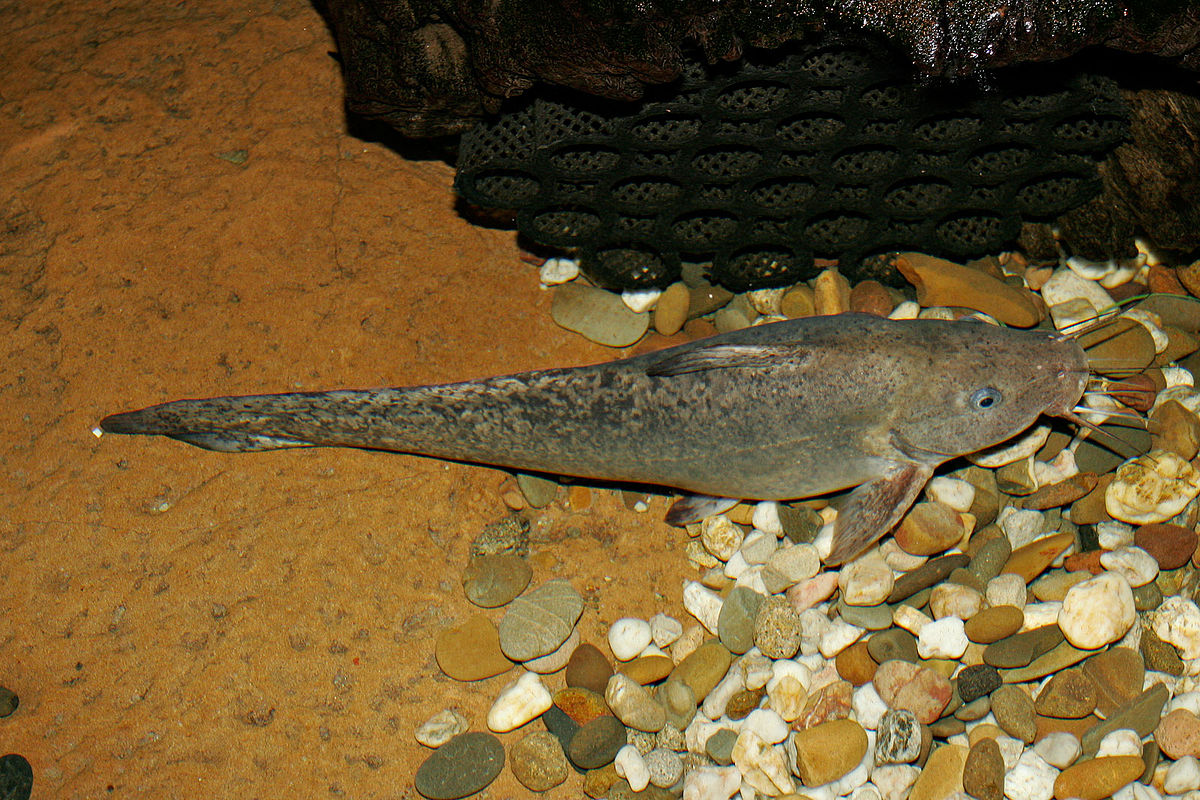 Eel-tailed catfish, also known as Freshwater Catfish and Jewfish, are a group of fish in the river systems of Eastern Australia.

Their elongated and tapering tail resemble eels, though they are not related to true eels.

Eel-tailed catfish have a cylindrical body and dorsal fins like eels. The lower half of their bodies are also similar to eels.

They resemble eels but are not related to true eels.

Eel-tailed catfish have venomous dorsal and pectoral fin spines, which can cause severe pain if stepped on or handled. 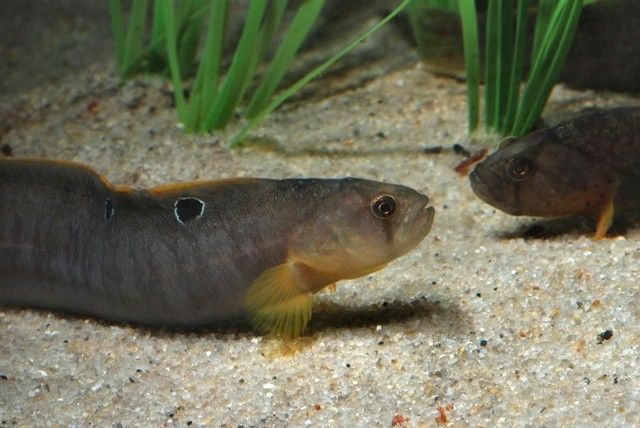 You might think that a Rock Gunnel and an Eel are the same fishes, but they are not. It is easy to mistake one for another as both belong to the Gunnels family and have elongated, flat, and slimy bodies.

While both of these fish are ray-finned species living in the Atlantic Ocean, some differences make it easy to differentiate one from another.

A Rock Gunnel, also called Butterfish, has a dark grey or brownish color with white dots on its body. Its body is flattened and elongated, which makes it resemble an eel. 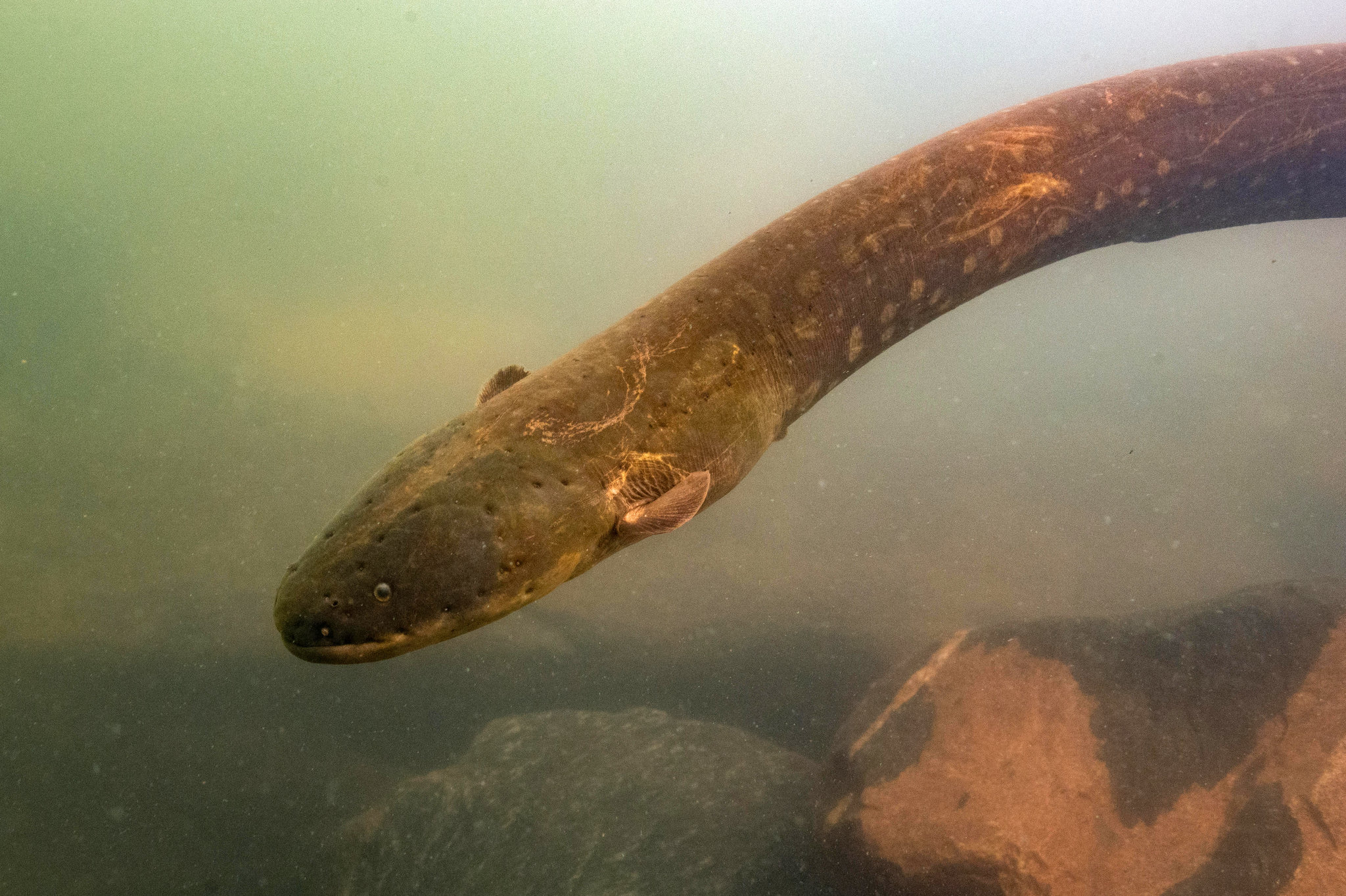 The electric eel (Electrophorus electricus) is a South American freshwater fish capable of generating electricity. Electric eels use their specialized electrogenic electrolytes to generate powerful passive electric fields around their bodies and control the direction of the resulting current. This current can reach up to 860 volts, enough to stun most fishes and stun or kill many potential predators, such as humans.