Aquarium salt is a very misunderstood and controversial topic in the aquarium community.

Some fish-keepers think aquarium salt is contraindicated, while others believe it is essential for keeping your freshwater aquarium healthy.

Also, my first time attempting to use aquarium salt for my fish tank was an embarrassing failure. I didn’t realize that marine salt and freshwater salt are different.

So, with this post, I would like to make sure you do not make these silly mistakes.

There are many benefits of using aquarium salt.

First and foremost, aquarium salt is pure, unlike table salt that contains additives like iodine and anti-caking agents.

Table salt also has a higher concentration of sodium chloride than aquarium salt.

So it is not recommended for use in fish tanks.

Aquarium salt is made of sodium chloride, which is chemically similar to table salt but lacks additives.

Most tables salts contain iodine, which can have adverse effects on fish.

Thus, it would be best to use aquarium salt in your fish tank to help your pets stay healthy and happy.

Thus, it would be best to use aquarium salt in your fish tank to help your pets stay healthy and happy.

However, it would be best to be careful while adding aquarium salt because it has some adverse effects on certain types of fish.

Therefore, consult a veterinarian before using it in your fish tank.

Is Aquarium Salt Good For All Fish?

The aquarium salt works best when added to the aquarium with a prescription from a veterinarian or an experienced aquarist.

The recommended amount of salt varies from one fish to another, depending on the medication being used.

That’s why I recommend consulting an expert before you add any amount of aquarium salt to your fish tank.

Even fish that do well in the wild with slight salinity will be stressed in an aquarium if large amounts of salt are added.

For example, brackish water fishes that do well in the wild with low salinity levels will develop fungal infections and experience severe stress if their tank water contains too much aquarium salt.

As mentioned above, some fish like cichlids respond nicely when a small amount of aquarium salt is added.

When your aquarium fish is sick, it can be scary as an aquarist.

What makes it even more difficult is that there are so many diseases out there, and you’re not sure which one is affecting your fish.

If your fish has white spots or frayed fins, it could be suffering from either ich or fin rot.

Fortunately, these two diseases can be cured using aquarium salt. Here’s how:

It Improves Fish Immune System: Salt reduces the chances of secondary infections and improves the immune system of the infected fish. It also reduces stress by improving the electrolyte balance of the water.

It Treats Fin Rot By Boosting Slime Coat: Salt increases mucous production in fish, which helps them fight fungal infections like fin rot and tail rot. It also helps heal affected areas and protect them from other diseases.

Why Is Aquarium Salt Bad For Plants?

Aquarium plants drink water from the soil through their roots.

When the soil has a high salt concentration, the plants absorb and retain this salt.

This expels the water from the plants and leads to dehydration in aquatic plants.

Plants only need a tiny amount of salt to survive.

This amount of salt is naturally found in soil, and you don’t need to add any extra.

Is Aquarium Salt Suitable For Plants?

It is often added to fish tanks to help prevent illnesses in fish and improve their overall health.

However, there have been many debates on whether it is suitable for planted aquariums, and the answer is: not really.

Plants don’t need extra salt to survive, but they naturally contain small amounts of salt in the soil.

If you add more salt, it can dehydrate your plants and even kill them.

Here are some reasons why you might want to avoid adding aquarium salt in planted tanks:

When To Use Aquarium Salt?

Aquarists often recommend aquarium salt, but they don’t always give the best advice on how and when to use it.

So, when should you use aquarium salt?

Aquarium salt can be used in freshwater aquariums as a health booster for fish or to help with common fish diseases.

But since it’s not a medicine, it shouldn’t be used as treatment unless it’s vital.

If you use aquarium salt regularly, you will need a higher salt concentration to cure the fish if they get sick.

This is because any fish that passes through the salt barrier will become more resilient to salt.

However, it may cause them to produce more mucus as a protective measure against further damage from the water environment.

How Much Aquarium Salt is Needed?

If your salt treatment requires you to use one tablespoon of salt per gallon of water, you may add up to 2 tablespoons of aquarium salt for every one gallon of water provided that the fish species can tolerate that amount.

Keep in mind that 2 tablespoons of salt per gallon of water is a very high salt concentration and should only be used during treatment.

Most freshwater fish cannot live in such a high concentration of aquarium salt for more than a few hours and would die if you leave them in that amount for more than one day (24 hours).

Sea salt is a mixture of salt and other minerals, usually including magnesium chloride, potassium chloride, and sodium bicarbonate.

It’s taken from oceans and evaporated in large vats.

The result is a mix of about 85 percent sodium chloride and 15 percent minerals.

Some brands add a little bit of iodine to prevent thyroid problems.

Sea salt isn’t better than aquarium salt, but it’s not necessarily worse, either.

In the end, it depends on what you’re using it for.

Aquarium salt is one of the most frequently used additives in fish tanks.

However, aquarium salt isn’t always available or ideal for every situation. So, let’s discuss some alternatives to aquarium salt.

When buying rock salt, the critical thing to look for is that it does not contain any anti-caking agents – such as yellow prussiate of soda (YPS) – or other additives.

If the product you are considering lists any ingredients other than sodium chloride, it should not be used in fish tanks.

Rock salt should be added to an aquarium at a rate of 1 tablespoon per 5 gallons of water.

Dissolve the rock salt before adding it to the tank to avoid settling on the bottom, burning live plants, or decor items like driftwood.

Kosher salt is also pure sodium chloride and can be used in aquarium salt if needed. Be sure to check labels, though, because not all brands can be used safely in fish tanks.

Can I use pure sea salt instead of aquarium salt for my goldfish?

It is not suggested to use sea salt on freshwater fish since it contains trace minerals that may be detrimental for your goldfish.

Is it okay to use aquarium salt to raise the KH and GH levels in the water without harming the plants?

Yes, as long as you don’t put in an insanely high amount of concentration.

Is iodine-free table salt the same as aquarium salt?

No. Aquarium salt is not the same as table salt. Both are sodium, although they have distinct chemical structures.

But only if I couldn’t find salt for days. This item contains Epsom salt and is not for human consumption. Unfortunately, this also means it doesn’t meet FDA requirements. Also, you may discover sand or a bad taste in the process.

Now that you know all this about aquarium salt, I hope you will not make silly mistakes.

Besides, you’ve any questions about aquarium salt, do let us know in the comments section given below.

Hikaru was born and raised in Virginia. He has grown up with a deep love for fishkeeping. Hikaru decided to pursue this passion by going to school for fishkeeping and becoming a certified ichthyologist in his career. Hikaru is also a contributing editor for popular Fishkeeping Magazines and has been writing articles for them since he was 16. 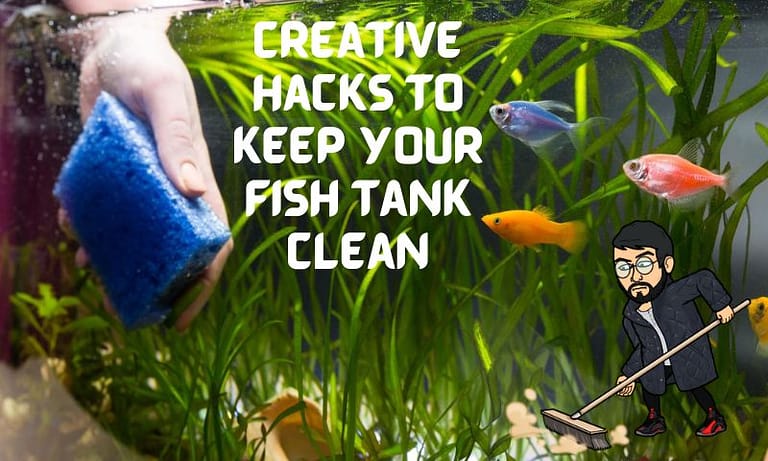 Keeping a fish tank clean is crucial for keeping your fish happy and healthy. However, when it comes to cleaning, you will have to do more than change the water…

Recently, I decided to set up an Aquarium at my home. You know WHY? To sleep in it. NO! NO! I was just trying to lighten the MOOD. I get…

Many people get into fish-keeping because they want to do something creative and relaxing. Fish are beautiful and soothing to watch, and having a tank of fish in your home…

Aquarium therapy is a therapeutic treatment that uses salt water and marine organisms to improve mental health. Patients receive treatments in individual tanks or groups, and the therapy has been…

I was excited & nervous at the same time when I had the first thought of getting a Fish Tank to set up a home aquarium. I had no idea…

Aquariums have been popular for many centuries, and they’ve undergone a lot of changes in that time. The most popular type of aquarium is the freshwater fish tank, where you…